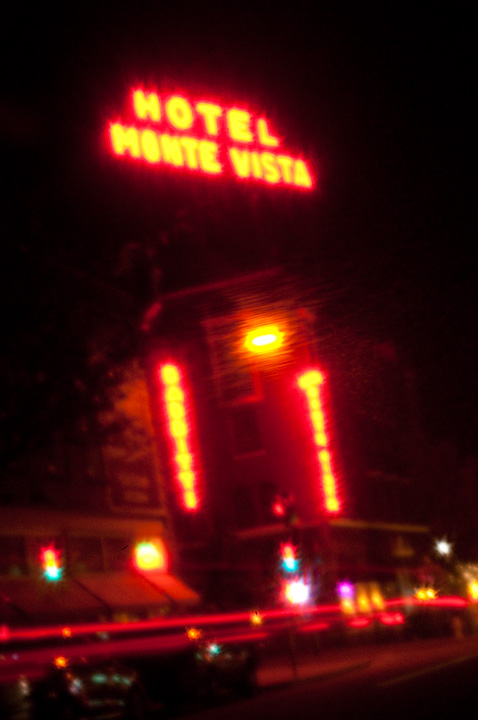 Yesterday afternoon while laying in bed for an afternoon siesta, I had a crazy idea to make a pinhole attachment for my digital camera body. I gathered the supplies and proceded to make it happen. The following images are what has resulted so far. They are fairly experimental in nature, no sharp focus, blurry motion, colors are off something, but that isn’t the point I guess….

The night photos are between 30 sec. and 2 min. exposures on a tripod. Any motion blur or lens flares are a symptom of the pinhole lens not camera movement. 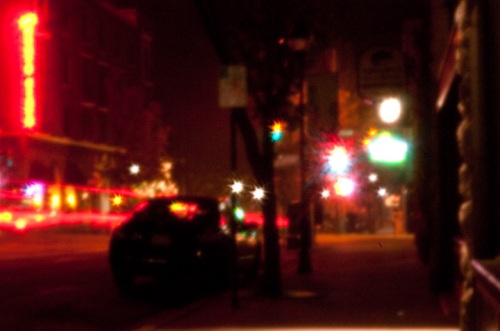 I really like the way the pinhole causes the street lights and reflections to have a pointed star look. 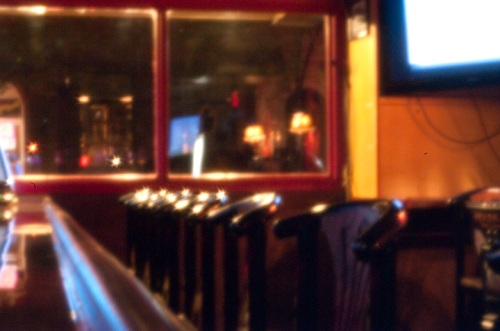 There is no way to focus (and really the lens doesn’t focus at any distance) and almost no way to frame the images. If you look really carefully through the viewfinder there are faint outlines but nothing is very certain.

It was easy to make with some basic supplies. A can of coke, some black duct tape, a pin and some sandpaper. 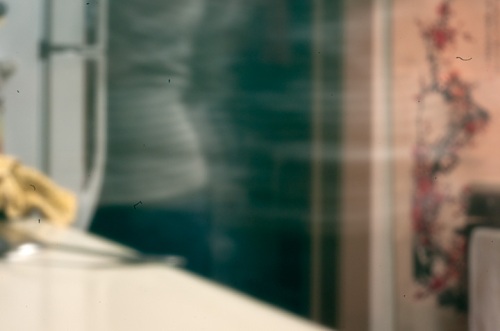 An inside shot of Neighbor Katie’s kitchen, she is blurred walking around the corner. 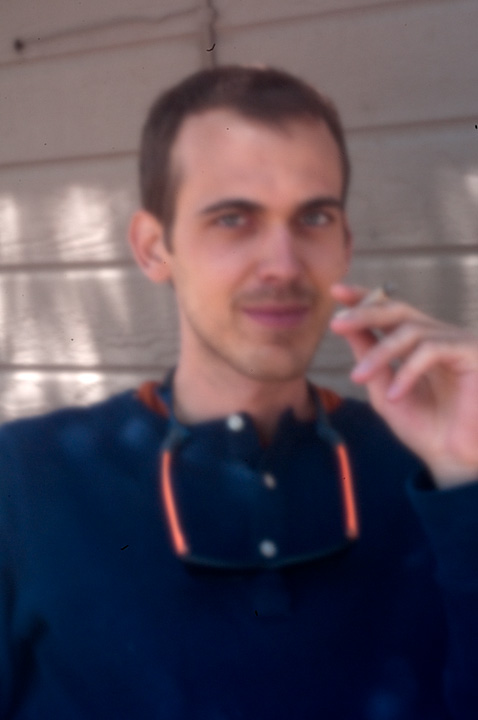 The man himself. Bob couldn’t understand why I would want to take my expensive DSLR and make it take images that look like they could have come out of a cookie tin camera…I don’t really have an answer other than I could and wanted to.

Why not just photoshop the images to look this way…well that’s obviously a cop out. I prefer to actually do things. Photoshop is a great tool, but people rely on it far too much for everything.

Some of the images have a weird rainbow thing going on. I figure that instead of a traditional lens flare, this is the effect produced by the pin hole. 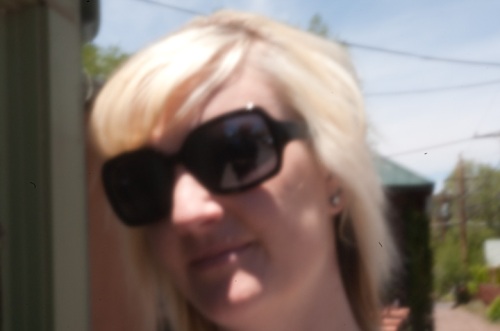 During the day I was able to shoot much faster shutter speeds, like around 1/10 sec or so which allowed for careful handholding of the camera.

Careful hand holding was critical to get a somewhat steady image…i didn’t do that here.

Check back for more pinhole experimentation, and there will certainly be a Visual Collective DIY video about how to make your own in the near future as well. Check back often…

This entry was posted in blog, photography and tagged DIY, flagstaff, lomography, photography. Bookmark the permalink.