This week saw a long harbored concept cone to life. About a year ago i had the idea to have a highly styled girl holding some poor chaps heart in her hand. It would be bloody, but not horror…more Gothic in theme. The male wouldn’t necessarily be dead either, it is kind of more of a succubus stealing your vitality thing. That was as far as the idea ever got, until about a month ago when i met Melissa Misfortune via Model Mayhem. keep reading to see a preview of images and find out how much trouble went into this shoot and how it almost completely fall apart a few times… 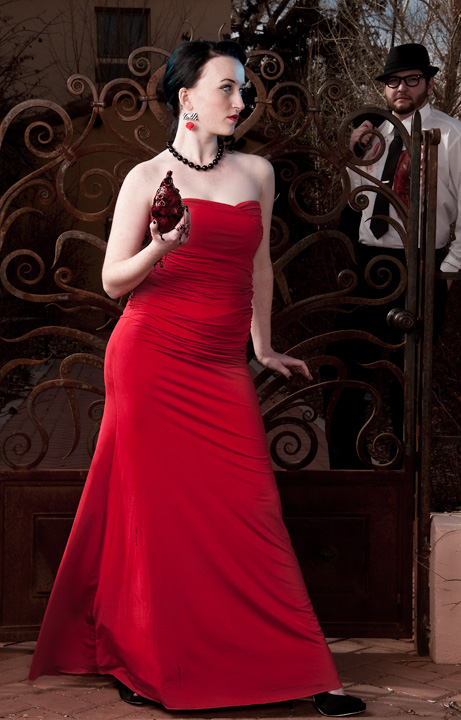 This is the main concept i had in my head, it always feels good to get your ideas into concrete terms. There were many great images along this theme and others shot at the location.

Model Mayhem is a social networking website for photographers, models, makeup artists and all kinds of production people to meet and collaborate on images. Melissa contacted me about a month ago with interest in working on a shoot, she has a cool rockabilly look and i knew she would be great for this concept. After exchanging e-mails for a few weeks, it was set. That is when the trouble began…production is full of headaches.

The central theme of this concept was the heart, which i had always envisioned as an actual heart, like the ones pictured below.

I like to actually do things rather than photoshop them in later, it always looks better and is really more fun. I took the above picture of hearts that were for sale at a butcher shop in Dublin, Ireland…a totally common thing, no problem to get one right? Wrong, way wrong.

Apparently, in Arizona (and maybe in the rest of the U.S. as well) it is illegal to purchase whole hearts, they must be cut in half for inspection before they can be sold, grocery stores cannot get whole hearts they only come pre-packaged and cut, go figure. The next logical step seemed to be to skip the middle man and go directly to the butcher/meat processors…ha, good luck with that. All the local butchers/game processors don’t have anything like that on hand nor will they be getting any for an unknown amount of time. Frustrated that my concept was falling apart *sigh* I finally broke down and purchased a latex prop heart which was described by Amazon to be very realistic, still i felt this was sacrificing some of my creative vision (it was only fairly realistic after i cut it apart and reconstructed it to be somewhat close to human proportions. As it came, it was at least two to three inches too big in all dimensions)

The location was the easiest part of the whole thing which seems almost counter intuitive. I wanted a classic looking place, maybe a good hallway or court-yard, something that would complement the theme. I was thinking of using the Hotel Monte Vista or Hotel Weatherford, both local historic hotels. Melissa suggested that we move the shoot to Winslow, and use La Posada, a classic Railroad hotel that has been undergoing major renovation in recent years. A brief internet search of images and i knew this was the one. The hotel has beautiful gardens, all of which are dead for winter, and amazing wrought iron gates that would be perfect for the look/feel i wanted. They also had no problem with letting me have full run of the facilities as long as i didn’t shut down any public areas…done and done.

The sunken garden at La Posada. I like this one a lot.

The next issue to be resolved was who to cast as the male. Melissa put me in touch with a friend who was willing. We exchanged a few messages via Facebook, he was excited to shoot, but oddly enough didn’t have any black pants, so i would be providing all his wardrobe. Assistants were easy to get, and b.t.w. thanks a ton to Taja Cantlon and Rhonda June for being amazing and hard working, none of this could have been done without your help.

The final, and greatest, trial of my abilities as a producer would be tested at 12:30am the night of the shoot.

I crawled into bed and pulled out my I-Pod touch to watch some AdultSwim, specifically the venture brothers, before falling asleep. I happened to check my Facebook before surfing over to AdultSwim, and it is a good thing i did, as my male model had sent me a message only a few minutes before telling me that he had to return to phoenix suddenly and couldn’t take part in the shoot…sorry. Well my jaw hit the floor and i immediately turned on my computer so i could use Facebooks chat function (the i-pod can’t do this) to see if anyone i knew was online and if they would be willing to shoot all day with almost no warning/preparation. No one was online…

After a few minutes of crazy anxiety, Robert Richmond, another photographer who has modeled for me before came online…he actually had more of the look i was going for and i figured it was a chance, so i asked, he said yes, and the rest is history. I am starting to really love social media, having a model bail at 12:30 the night before a shoot would have been a deal breaker only a few short years ago.

Robert suited up in the late afternoon sun.

In the end it all came together very well, we shot all day and had no problems with the hotel or the technology *knock wood* There are a ton more images to come, they will tell a story and probably accompany text as well. Check back soon for pt. 2 behind the scenes, to see the set up photos and technical info for the shoot. 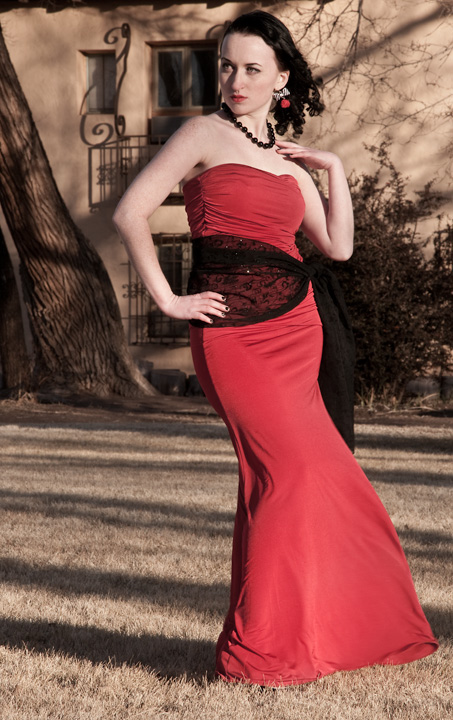 parting shot of Melissa in the late afternoon sun.

This entry was posted in blog, photography and tagged arizona, behind the scenes, capstone, winslow. Bookmark the permalink.